This interactive software and hardware piece reconstructs Ivan Sutherland's iconic Sketchpad, a project that laid the foundations of computer-aided design and human-computer interaction.

This work was conducted as a research assistant for Professor Daniel Cardoso Llach of Carnegie Mellon University School of Architecture's Computational Design program.

Left: Tim Johnson demonstrating Sketchpad in 1964. Right: A young visitor at the Sketchpad reconstruction in 2017.

This piece, originally built for the 2017 Designing the Computational Image, Imagining Computational Design exhibition at Carnegie Mellon University, approximates the ergonomics of the TX-2 computer, on which Ivan Sutherland developed Sketchpad in his 1963 dissertation. Its key elements are a "light pen," a keypad, and a 7" x 7" screen. Visitors interacting with the reconstruction can be draw and manipulate geometric shapes in ways that evoke Sutherland’s original system.

Rather than a detailed replica, this reconstruction relies on modern devices to evoke visual, gestural, and ergonomic aspects of Sketchpad. For example, in place of the light pen control, there is a stylus for the Android tablet: Readily available tools requiring little additional hardware integration. The TX-2’s original user interface of flywheels, switches, and a keyboard are imitated using the tablet, a series of control knobs, a keypad, and stylus at a custom-built work station. 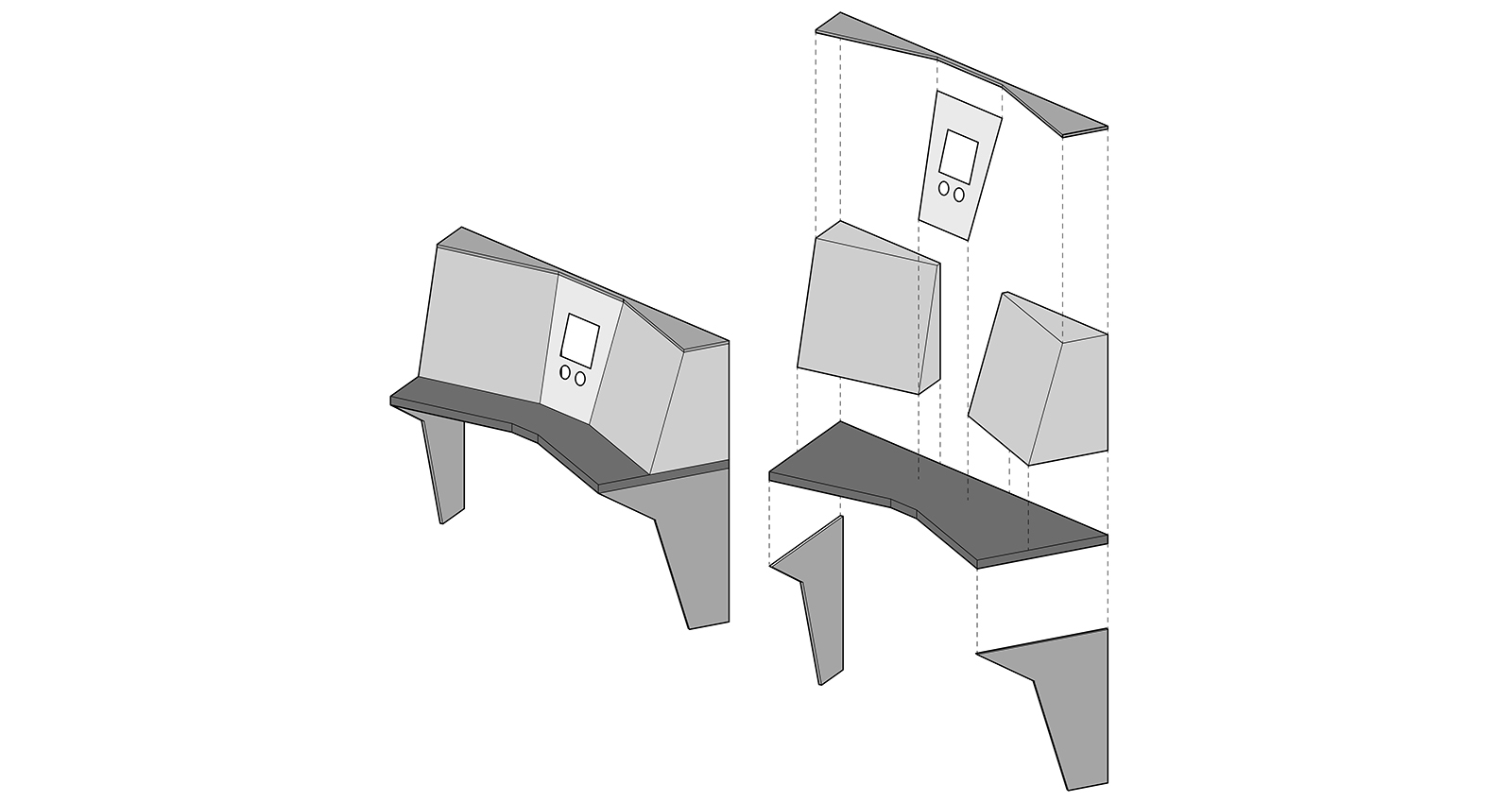 There are important differences between this software reconstruction and the original Sketchpad, owing to advances in software development, and to simplify some of the complexities of the original while retaining its character as a software artifact.

Whereas Sutherland programmed Sketchpad in a low-level assembly language directly on the TX-2 computer, this reconstruction paradigm uses Java running on an Android tablet. Because of this, there are several more layers of abstraction mediating between the software description of an object and its representation in memory.

Drawing from Sutherland’s thesis, contemporary video documentation, and interviews with users of the original system, the reconstruction allows users to create and manipulate geometric entities including lines, arcs, and circles. A user may draw these to the screen, and retain the ability to move, manipulate, copy, and delete the graphical objects. It is also possible to create compound objects, such as (for example) a triangle inscribed in a circle, and for the individual entities to then act as one — moving, scaling, rotating, copying, and deleting in tandem.

The reconstruction affords a similar experience for creating drawings, with some key differences. Again, rather than a light pen, their is a touch-screen stylus. Whereas the light pen should be held near the display screen, the stylus must touch the screen directly. In Sketchpad, a user finishes drawing a line by giving the "termination flick," literally flicking the pen in any direction quickly enough that the display loses tracking and leaves the active end of the line where it was. Here, the "termination flick" is performed instead by simply lifting the stylus from the screen. 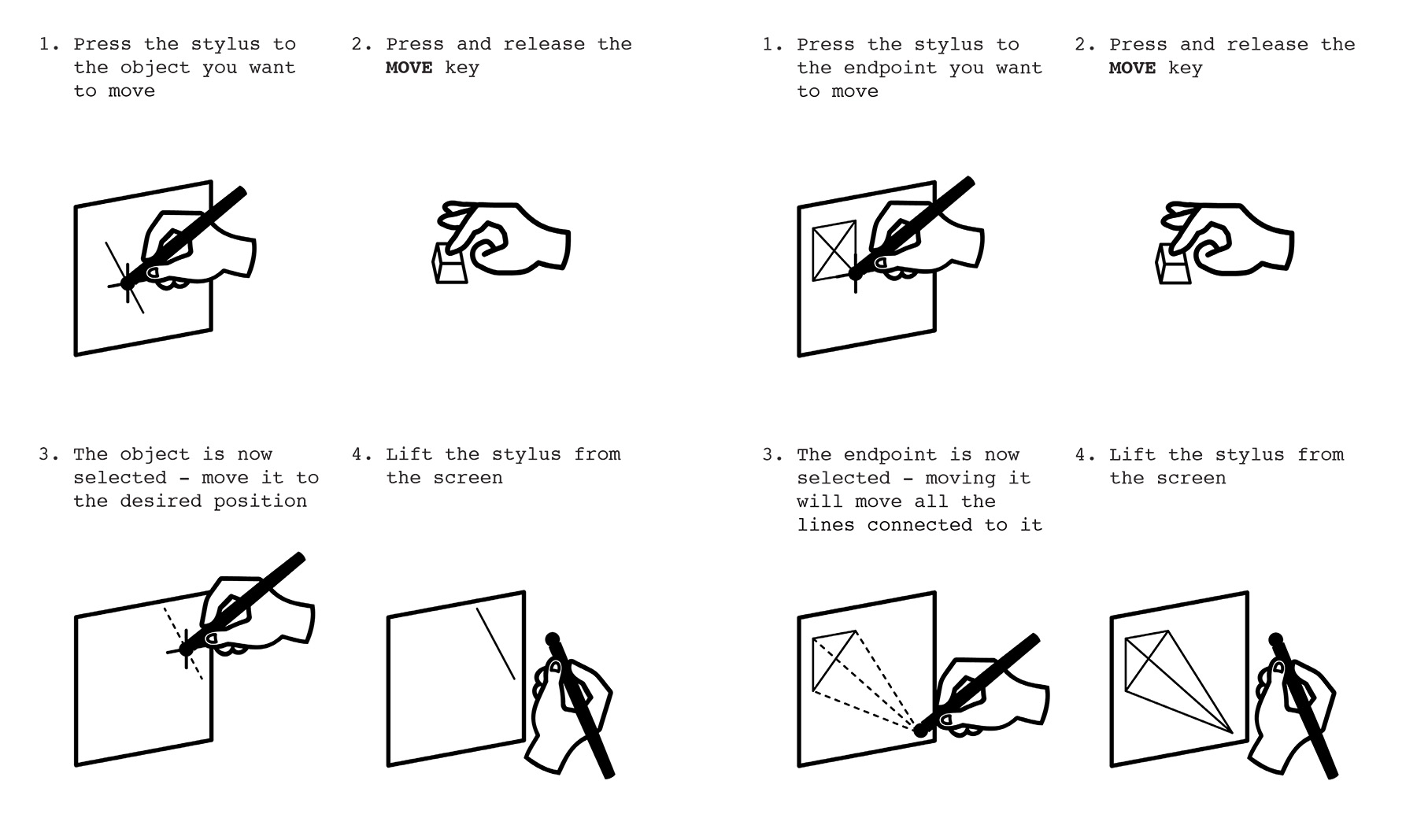 Printed instructions guide visitors to the reconstruction through the process of creating and manipulating drawings.

Whereas Sketchpad afforded only circular arcs (which could be partial segments or complete circles), the reconstruction differentiates between arcs and circles. In both Sketchpad and the reconstruction, three interactions are needed to draw an arc — setting the center, radius, and sweep — but we simplify circles to require only two interactions. Drawing a circle is performed by pressing the "circle" button, moving the stylus to the desired radius, and lifting it from the screen. 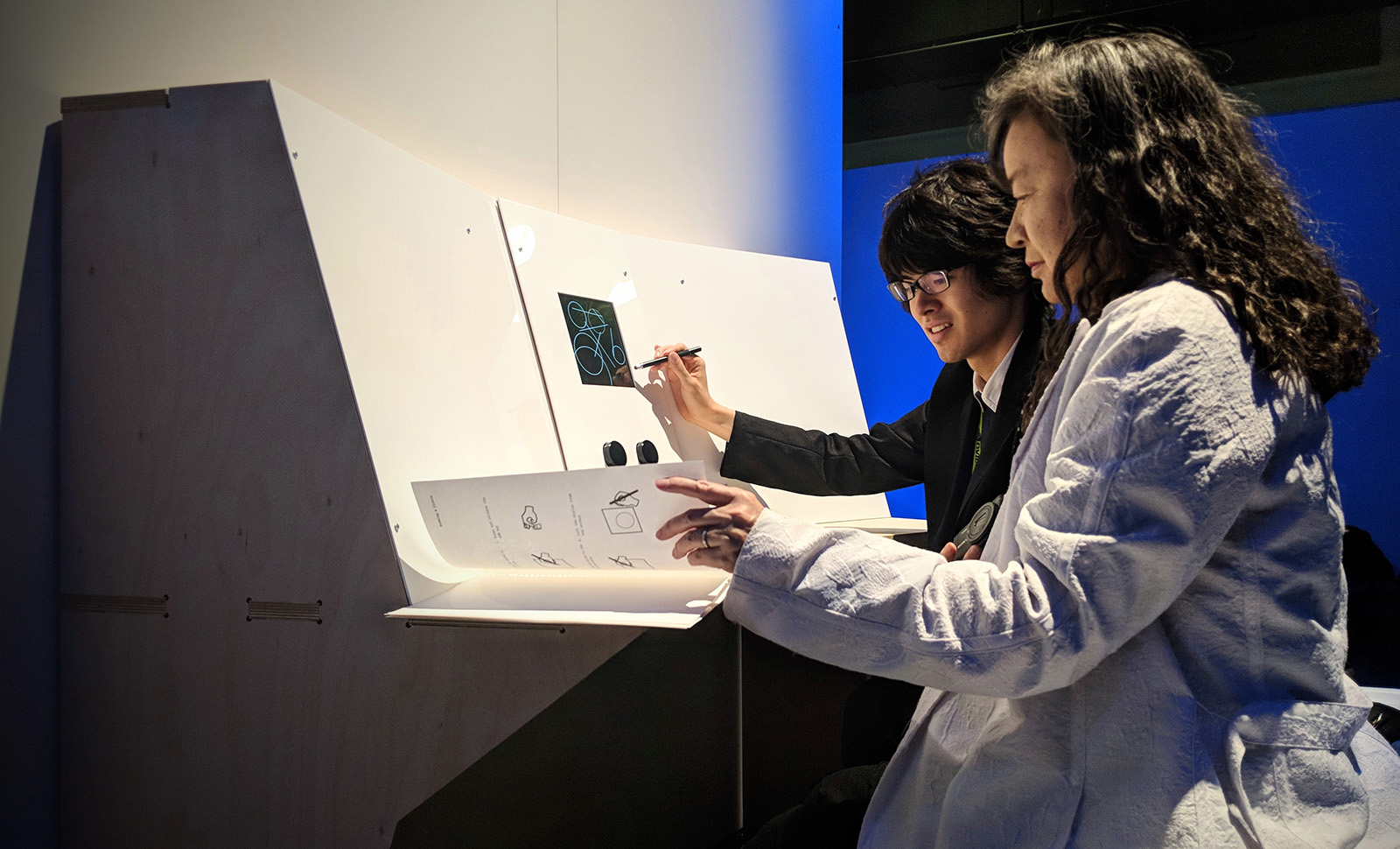 Visitors at the Sketchpad reconstruction at SIGGRAPH 2018 in Vancouver, BC.

Why Archaeology of CAD?

While simple in comparison to modern 3d modeling and design programs, Sketchpad remains visionary for its time and impressive in its scope. This reconstruction captures many of Sketchpad’s key features for geometric construction, and some nuances such as its particular way of "snapping" to points. By reconstructing the software so as to evoke the experience of interacting with it tangibly and ergonomically, the project captures the poetics of Sketchpad, and the particular vision of computer-aided design it put forth.

The Coons Patch reconstruction has been presented at the following events: